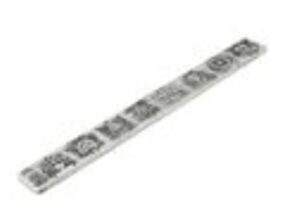 As we all know, we are in Period Eight now which ends in the year 2024 and anything related to the number eight can be deemed auspicious and can be said to have multiplied energies so it’s a no-brainer that the Eight Auspicious Symbols become very important in this period. The Eight Immortals are a group of legendary Taoist immortals in Chinese mythology. They are not born immortals and were originally from the mortal world, where they were beggar, general, royal family member, and Taoist priest, etc. who lived in various times. There’s a great story behind each of them in how they successfully practiced Taoism and attained immortality. The Eight Immortals are the deities who are said to periodically descend to earth to encourage people to do good and punish evildoers, aid those in peril and help those in distress. As they represent the eight directions of Bagua, they bless families with positive energies that attract the eight aspirations in life namely good health, wealth, fame, descendant, education, relationship, career, and mentor luck, with the help of the eight magical objects on this silver strip of course.