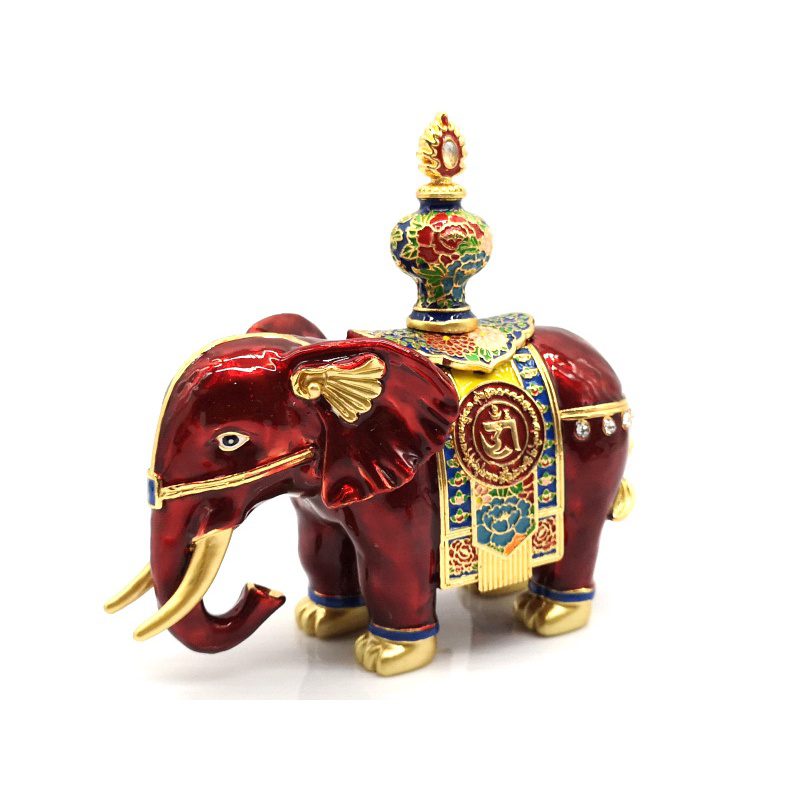 This beautiful red elephant with its trunk down and carrying a treasure vase on its back symbolizes peace, good wealth luck, and abundance of all kinds.

This beautiful red elephant with its trunk down and carrying a treasure vase on its back symbolizes peace, good wealth luck, and abundance of all kinds. One side of its saddle is the Anti-Conflict Amulet to ensure there are never any arguments over money issues, and on the other side is the Wealth Amulet to attract prosperity luck. A Vase and Elephant (or Taiping Youxiang in Chinese) sounds like “Peace” and “Sign” so this Elephant figurine carries the meaning “When there is peace, good things will come.”

The Red Prosperity Elephant thus makes a great Feng Shui cure for the #3 Quarrelsome Star, and also the perfect enhancer to unlock the hidden wealth of the year 2023. The Feng Shui forecast for the year 2023 predicts that relationships and rapport with others are the main factors that contribute to wealth creation. Invite and place the Prosperity Elephant with Treasure Vase in the Southeast of your home or office to attract good fortune and happiness, and to protect against making bad financial decisions.

The elephant is a prominent symbol of strength, fertility, and intelligence in many cultures, including Chinese, Indian and African. It is a respected animal of insight, cherished by many. In Buddhism, the elephant is one of the eight holy animals, and in the Hindu religion, the Ganesha is the God with the head of an elephant.

In both a mythical and religious role, the Elephant is seen as a mark of magnificence, able to be worshipped and honored. In many folklore and war stories, the elephant has been seen as enchanting and alluring – in ancient China, the Elephant was a war animal, often given as gifts to the emperor by the King of Siam, during the Kang Hsi era. This animal could always outdo the opponent and prove both its dignity and discretion.

The Elephant also holds a very potent position in Feng Shui. The mother of Buddha had dreams about a pure white elephant directly prior to Buddha’s birth; it is for this reason that the Elephant is now an icon of fertility, being used by couples or singles who desire a newborn. It is an auspicious omen, providing protection for the beholder.