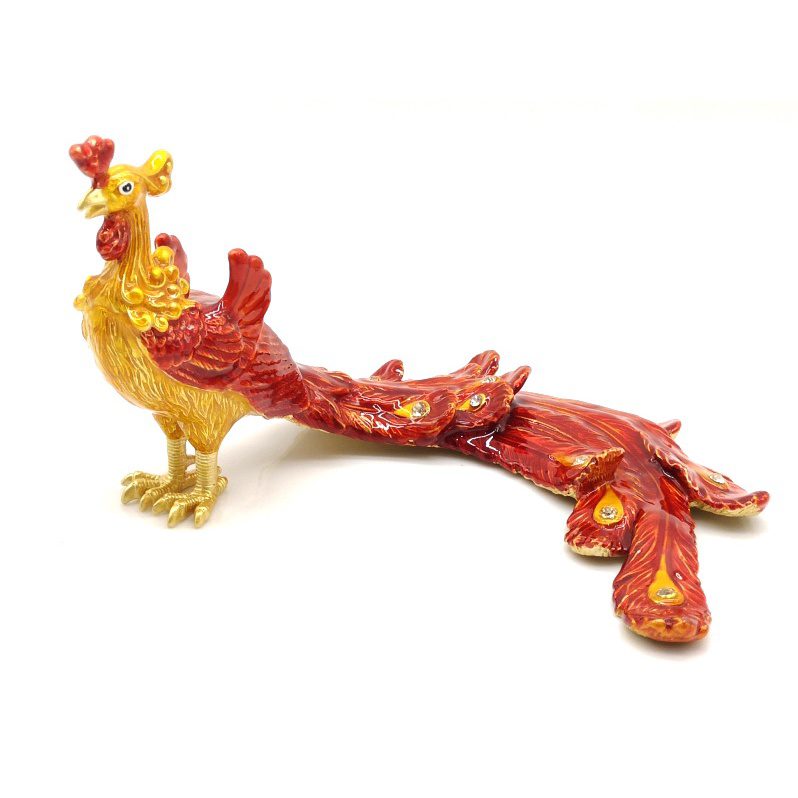 The Phoenix is a long revered symbol of hope, rebirth, and renewal with the ability to rise up from the ashes, which symbolizes emerging from a catastrophe stronger, smarter, and more powerful.

The Phoenix is a long revered symbol of hope, rebirth, and renewal with the ability to rise up from the ashes, which symbolizes emerging from a catastrophe stronger, smarter, and more powerful. It is one of the four celestial animals in Chinese Legend and is known as Feng Huang or “the king of birds.” The phoenix is associated with fire, particularly the fire of the sun, and is the guardian of the South.

In the year of the Rabbit 2023, Wealth Star #8 and Big Auspicious Star appear in the South sector, making it an extremely auspicious sector. As we emerge from a difficult Tiger year and head towards a more conciliatory Rabbit Year, this is a year of rebuilding, the glorious Rising Phoenix figurine is the perfect symbol to activate this kind of luck in the South in 2023. This kind of winged creature also signifies a myriad of new opportunities on the horizon; more than that, it symbolizes the ability to capture those opportunities.

Also, as the #9 becomes more and more powerful and auspicious as we approach Period of 9 which begins Feb 4th, 2024, the Phoenix is the personification of that star number. Place in the North in 2023 to enhance the #9 star.

In ancient China, it was believed that in times of peace and prosperity the phoenix would appear and so it is known as an auspicious symbol of luck and amity. It is the emblem most revered for serving the matriarch of the family or the strongest mother figure in the home.

The Phoenix has very strong yang energy. But, the phoenix also has a yin element that can be drawn out if placed alongside a dragon, whose yang will overpower that of the phoenix, resulting in a perfect yin and yang energy balance. This pairing of the phoenix and dragon together is ideal for those seeking everlasting love or wishing to fortify their relationship.