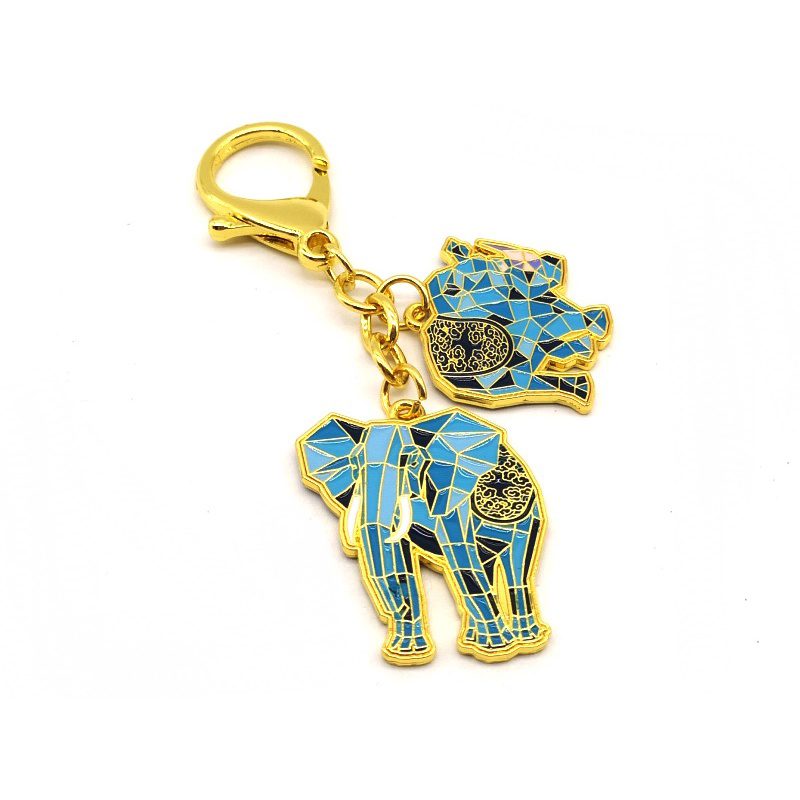 This formidable Elephant and Rhinoceros is an extra potent Feng Shui cure for the Violent/Betrayal/Robbery #7 Star. Said to bring violence, betrayals, money loss, burglary, and bloodshed this Feng Shui talisman is supercharged to fight this star’s harmful energy. With the strongest creatures in the animal kingdom by your side, you will have nothing to fear from this star. Empowered with the Anti-Burglary Amulet and Anti-Betrayal amulet, this Feng Shui keychain is fortified with water energy which exhausts the #7 Star’s metal. Carry it for protection against traitors, discrimination, backstabbers, and unscrupulous people. In the year of the Rabbit 2023, the Ox, Tiger, and youngest son is particularly afflicted by this Star.

The Royal Elephant and Cosmic Rhino Feng Shui Amulet are also especially recommended for anyone who lives in dangerous neighborhoods and faces danger on a regular basis such as being out late in the evening or walking alone in a parking lot. It is also essential for those who work in cutthroat work or business environments where being betrayed is very likely.